It comes with a heavier retail price tag but it also has long term potential as anyone who collects or builds Lego sets, the original Millennium Falcon Ultimate Collectors Edition set sales for some really decent money nowadays. The key though is NIB to get the best secondary market price.

set is the biggest and most detailed set to date for any Millennium Falcon, which I think puts the original UCS set to shame in terms of size and details. 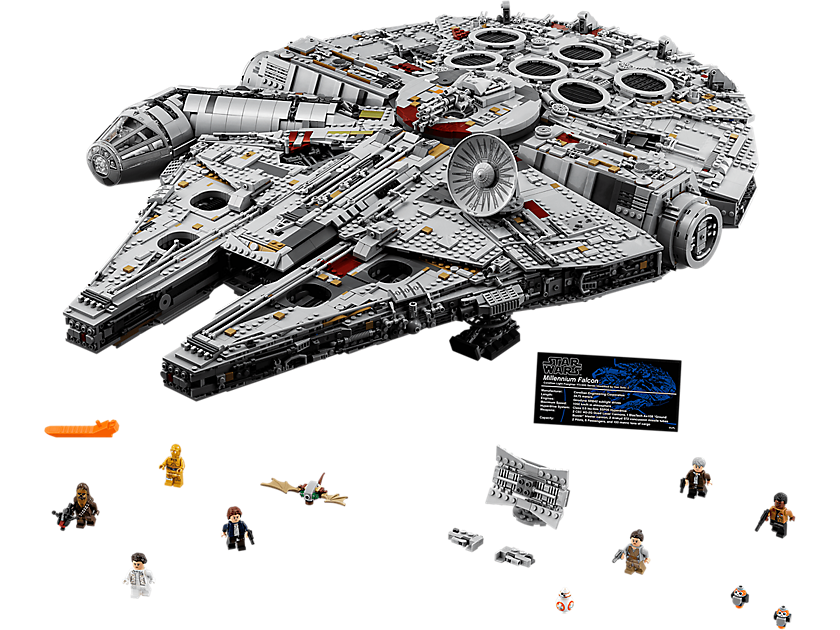 This type of gamble isn’t for everyone though. Retail price starts at $799.99 for the set but for those that do have a few hundred bucks lying around, the potential that this set one day sells for a few thousand is hard to pass up. Sets are selling around retail to $1099 currently and some bidders have snagged sets under retail price. This is definitely one to keep an eye on, try to buy low or at retail price and then hold as a long term gamble. Once supplies run dry, I can only imagine we’ll start to see the value increase over time.

Here’s the full list of features for the set: 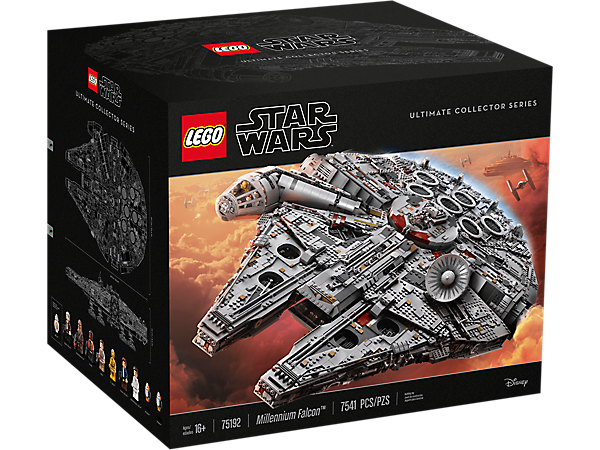 Welcome to the largest, most detailed LEGO® Star Wars Millennium Falcon model we’ve ever created—in fact, with 7,500 pieces it’s one of our biggest LEGO models, period! This amazing LEGO interpretation of Han Solo’s unforgettable Corellian freighter has all the details that Star Wars fans of any age could wish for, including intricate exterior detailing, upper and lower quad laser cannons, landing legs, lowering boarding ramp and a 4-minifigure cockpit with detachable canopy. Remove individual hull plates to reveal the highly detailed main hold, rear compartment and gunnery station. This amazing model also features interchangeable sensor dishes and crew, so you decide whether to play out classic LEGO Star Wars adventures with Han, Leia, Chewbacca and C-3PO, or enter the world of Episode VII and VIII with older Han, Rey, Finn and BB-8!

This is certainly the set for the ultimate Lego builder and Star Wars fan. Either if you’re buying to flip or keep, I think you win either way.