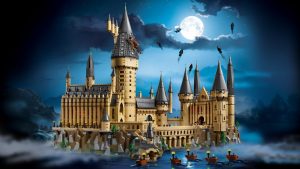 Coming in at a massive 6020 pieces is the new Harry Potter Hogwarts Castle from Lego which puts the old Hogwarts 4842 to shame if you ask me.

I’ve seen this one in person and it’s a must have for any Harry Potter fan.

This new set is larger than the Millennium Falcon 10179 which was the original record holder for the largest Lego set at 5195 pieces until the 2017 Ultimate Collectors Edition beat it at a whopping 7142 pieces. Both of these are out of most people’s budgets for sure, most will likely opt for the smaller LEGO Star Wars 75212 Kessel Run Millennium Falcon that was recently released that features the Falcon in Solo before it lost it’s escape pod.

But let’s talk about the new castle that puts the old one to shame with 4700 or so more pieces and comes with 4 mini-figures and 27 micro-figures. 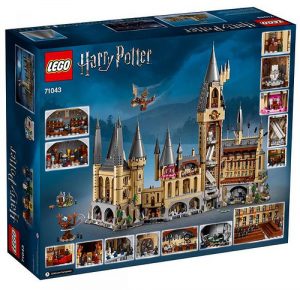 This is a set you should approach with caution though if you plan to buy to sell. This set starts off at $399.99 retail but are selling for upwards of $550.00. Most sellers seem to offer free shipping so that cuts into the profit margin but this might be the set to hold and sell later.

The 2007 UCS Millenium Falcon we all know sells for a few thousand bucks in the secondary market. So for those that have $400 to spare and are willing to gamble in buying to hold and flip, this could be one of those sets that doubles your money as there will always be Harry Potter fans as new readers come and go. 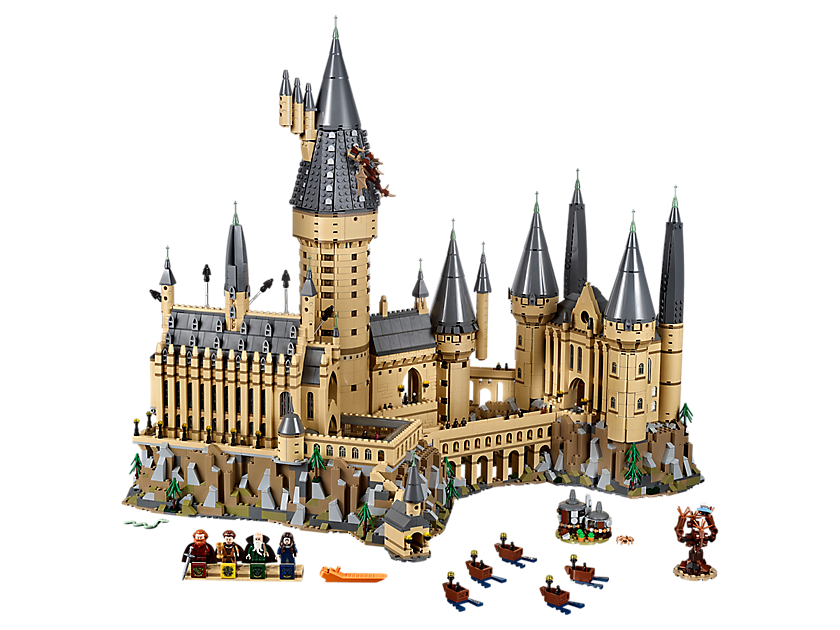 Make the magic come alive at the LEGO® Harry Potter™ 71043 Hogwarts™ Castle! This highly detailed LEGO Harry Potter collectible has over 6,000 pieces and offers a rewarding build experience. It comes packed with highlights from the Harry Potter series, where you will discover towers, turrets, chambers, classrooms, creatures, the Whomping Willow™ and Hagrid´s hut, plus many more iconic features. And with 4 minifigures, 27 microfigures featuring students, professors and statues, plus 5 Dementors, this advanced building set makes the perfect Harry Potter gift.

If this castle is out of your reach budget wise, you can opt for some smaller sets that are still available. LEGO Harry Potter 75950 Aragog’s Lair is still available from Entertainment Earth but sometimes these smaller sets don’t command as much in the secondary market, but still make great gifts for kids and collectors.